A few weeks ago, we had a bunch of finished pigs ready to be trucked to Missouri and be processed for David (the farmer that raises our chickens). It was my responsibility to line up trucking for them to get down there, so I called Tony, the same trucker that has hauled our cattle for us the past few years.


Now, I don’t know Tony well, but do know that he is in his upper 40’s, from Iowa, and has been a trucker for quite a while. The company he works for solely hauls livestock around the Midwest, so we know he has had a lot of experience over the years. We value the fact that he is calm and is good with livestock. Some truckers have a high temper and big lungs which isn’t great for low-stress livestock handling, something that we value and practice daily. Tony and I agreed on a day and load time for him to pick up the pigs at our place. I found it kind of odd that he kept asking about where we would load them because he has loaded cattle from the same place a few times before. Our loading corrals are nothing special, but they have worked well for us over the past 30 years. I didn’t think much of it and assured him that the pigs would load just fine.


The morning to load arrived and, on my drive down to the ranch, I met Tony on the road, and he followed me up the driveway. I forgot to mention that about Tony; he is never late and is usually early. A rare quality of a trucker that we greatly appreciate! So, he followed me to the yard and backed up to the loading alley. I greeted him when he got out of the truck and he asked me where our hog barn is? He said he had spent some time the evening before on Google maps trying to locate a hog barn on our place. I told him that our pigs aren’t raised in a barn and that they live outdoors year-round. “What!?” he exclaimed. He said that in all his years trucking livestock that he had never seen pigs outside and couldn’t believe that it was possible. To say that he was amazed is an understatement. While loading the pigs he brought it up a few times. I mentioned to him that in the winter our pigs get plenty of bedding and do just fine outside.


I laughed to myself about how amazed he was, but also thought of how sad that he never knew that there was a different way to raise pigs. He said that all the pigs he has ever hauled have been raised in large temperature-controlled barns with concrete floors. Those pigs rarely see the light of day and aren’t allowed to root around and use their natural abilities to forage. Tony also made the comment that the pigs raised in those conditions have lost a lot of immunity and are so “fragile” to handle because when exposed to outside elements, they can easily get sick. Usually he would have to dip his boots in a chlorine wash before loading them on to his truck to keep from exposing them to anything foreign. This is the exact opposite of the way that our pigs are raised. We believe that allowing our pigs to root and forage, they are exposed to all the “bugs” the environment has to offer and therefore have better immunity against getting sick.

Loading the pigs with Tony went very well and all were on the truck and ready to head south within 20 minutes. Needless to say, I am sure these outdoor pigs in winter in North Dakota will be something that he talks about for a long-time to come. I hope he thinks about them every time he loads out of one of those confinement barns. 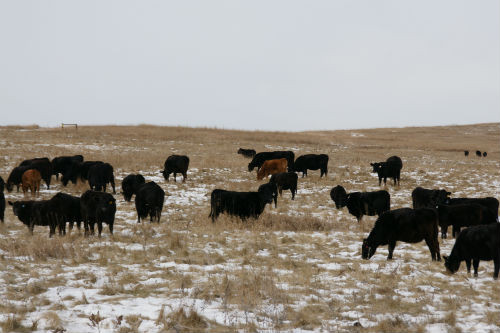 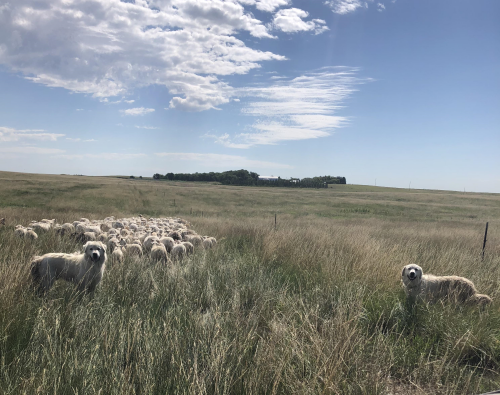