Calving in Sync with Nature

It wasn’t too long ago that February and March were our busiest and most stressful months on the ranch. Like most other ranchers in the area, it was calving season for us. For years we calved during this time of year because it was “normal.” The argument is that the calves would be bigger in the fall once they were weaned and sold on the commodity market. Although this argument is true, it comes with detrimental costs in the form of stress, increased death loss, lack of sleep, and very hard work.

Calving during late winter/early spring required a lot of work for us. As you know, the weather can be quite variable from sub zero temperatures and blizzards to 40 degrees and rain. Therefore, cattle had to be constantly watched, pens had to be bedded with fresh straw and cleaned regularly and expecting mothers would have to be cycled through the calving barn as they calved. If the weather was forecasted to be rough, it meant sleepless nights and heading outside to check the herd every couple of hours. Newborns simply can’t handle tough weather and cold so unfortunately, on occasion, death loss would occur if we were unable to catch the cows and put them in the barn before they calved. Even then, it wasn’t certain that the calves would make it through the first month or two of their lives. When livestock are kept in close proximity, immune systems become more susceptible to various diseases. Outbreaks of scours, pneumonia and pinkeye would have to be dealt with and antibiotics would have to be used to combat them. Then when it came time to haul the pairs to summer pasture, calves and cows would have to be sorted and hauled separately in different trailers which added more stress for them.

A turning point for us was when I went to NDSU to complete my Bachelor’s degree. Being gone meant that dad would have to take on most of the calving season himself for our 250 cows which was no easy task. Most evenings while I was away I would call and check in to see how things were going on the ranch. One particular night when I called he was sitting in the tractor in the middle of the herd to keep an eye on the expecting mothers. It was a March blizzard and those calves that were born needed immediate attention so that they could have a fighting chance of making it through the weather. We talked a while and I remember him saying “this is it, I am not doing this anymore.” He was mentally and physically exhausted. At that moment we both agreed that we needed to change our calving season. It simply didn’t make sense to us to continue calving at that time of year. Fighting the cold, snow, mud, sickness, and lack of sleep would be a thing of the past and to this day we agree that it was the best decision that we have ever made.

Since we made the change in 2010, calving season has become our most enjoyable time of the year. We now calve out on pasture from mid-May through the end of June. This is the same time of the year when deer fawn so when we made the change, we looked to nature for the answer. Pregnant cows are trailed to pastures that were not grazed the previous year so that their diet will be balanced between the old fibrous growth and the lush new spring growth. These pastures are where they calve, and they get moved to fresh pasture every other day. Since the cows are calving in sync with nature, we no longer have concerns about stress, disease, weather, mud, and death loss. They are now checked once each day rather than every other hour. Making the change has also decreased our costs substantially because we aren’t spending time each day in the tractor burning diesel and using a bunch of straw to keep corrals dry. Our old calving barn is now empty and used only a couple weeks each year for brooding our chicks before they are moved out to the pastures. When cattle are in a corral or lot, they create resource concerns; but when they are out grazing and rotated properly, they can be an important asset for growing soils and regenerating landscapes. Changing the calving season has created a higher quality of life for not only us, but more importantly our cattle.

What does Grass-Finished mean to us and for you? 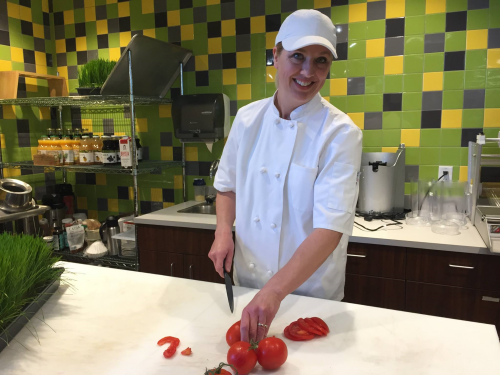